We are just starting on the 'testing' phase for what will become v7.10

v7.9.1 has all the current code for testing: v7.9.2 has a correction to an included data file. Please feel free to start testing v7.9.x in accordance with the usual protocols: I'll be putting out a full-on call for testers when we get the available versions synchronised again, and Jord will be making the change list available at the same time.


Somewhat more than two years ago, the US Government's NSF decided not to renew a research grant which paid the salaries of the three key workers who managed and maintained the BOINC project. Those workers lost their jobs.
The BOINC project was - nominally - handed over to the community to manage and maintain, but no preparation had been done: the community wasn't ready to receive it. It dropped into their lap, and they did nothing with it.
Two months ago, elements of the community came together in a working group to prepare procedures through which the community could pick up the responsibility which had been thrust upon it. I wrote about it here: I'm still a member of the group, and our work is ongoing.
In the meantime, the NSF has funded a new project which expands and builds upon the original BOINC project (described here). That needs some additional features in BOINC, and development work has started again.
The v7.8 branch/release is really intended as a simple refresh to ensure that there is a stable base for the new NSF work (which won't appear until v7.10), and to apply some needed updates like a new version of VBox compatible with Windows 10. But life is never as simple as that...
In the past, BOINC version releases have gone through a slow and extended process of alpha test releases, debugging, and re-releasing. It's taken months. The working group is moving towards more modern software practices where testing is a continual (and largely automated) process as code is written: that should allow new versions to be deployed practically 'on demand' as circumstances - like Windows and OS X updates - require them.
The v7.8.2 release is the first attempt at combining the old and the new ways of working. It's revealed where the gaps lie, and we're working to fix them: I had my own first bugfix accepted into the master codebase this morning - yay! Only 19 left to go... 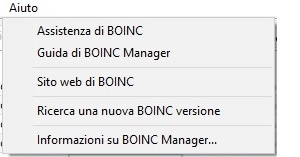